In 2014, Vincent-Immanuel Herr and Martin Speer (@herrundspeer) did a classic interrail trip and came up with an idea: “What if every EU-citizen got the possibility to get to know Europe just as we did?”. The idea of #freeinterrail was born.  Knowing that it needed a lot of input, for their idea to be heard, they generated a community of ambassador across the continent. These would promote the idea and bring it forward.

I interviewed two of them, Annika Päutz and Aileen McKay, in the beginning of December 2018. The idea has made its way into the EU Comission and was granted 12 million Euros and had kicked off in Summer 2018.

To me, such idea sounds fascinating on so many levels. I especially love the connection of young Europeans enabling them to travel the continent and do so with busses, trains and ferries!

I invite you to read about their fascination for the project, how such a project fights rising nationalism and what they themselves would do, if they were given such ticket. It was not easy to keep track with all their fascination, but see for yourself!

[…]. Vincent and Martin always find new people to gain new support, who stand for the same idea! It becomes an influential mess. They kind of get rid of their own baby in a way as people contribute a lot of free time into it.

Wait, wait, wait; one-by-one. Let us start chronologically: how did he idea develop?

Annika: It started over a Schnitzel in Austria. Martin and Vincent got this idea during their own interrail tour in 2014. Both met a bit earlier in the US. They were the only Germans on their campus and became close friends. Coming back to Europe, they realised how little they knew Europe itself. Funded by Mercator and Heinrich-Böll Foundation, they travelled Europe and got the sense of how privileged some of in Europe are. They met amazing people, but saw that there are Europeans of second class. That needed to be changed!

Aileen: Young Europeans face similar problems. Politically speaking, they feel very distant from large bodies and institutions, especially Brussels. Many Europeans do not get the possibility to travel Europe and talk to other people, engaging in Europe. So, what if all young people in Europe got the chance to trave Europe? Travel Europe and connect with it? Go out, meet other people, discuss and live Europe. That’s how Europe gets close to your heart! We all are way closer to each other than we think we are.

So, what if all young people in Europe got the chance to trave Europe?

How would you describe Vincent and Martin?

Aileen: To me, they’re friends. Vincent and Martin are activists by heart and bring a lot of campaigns forward. They understand each other really well which makes them a great team. They facilitate spaces for young people to exchange their ideas and express themselves. It is enchanting to see how they approach people as friends, seeking genuine connection. That, to me, sets them apart from a lot of political figures. They want to hear people’s stories, initiate subjects that evolve into conversations which again provoke discussions. They want arguments and debates, but always take people along with them.

Which made you become ambassadors.

Annika: When they started, they asked me if I wanted to be an ambassador and of course I said yes. What does it mean? Well, I am to talk about #freeinterrail with everyone I know, share it with friends or, for example, talk to you! I make people see how awesome this idea is. The more people talk and write about it, the larger the political pressure and influence grows. That’s why they chose their campaign for #freeinterrail to be spread among supporters, celebrities, political channels etc.

Martin is really well connected as he networked throughout his entire career. Vincent and Martin’s credential grew and grew since the idea was born in 2014. Their existing network, but also bold campaigning and idea of Europe-wide ambassadors enabled them to get where they are today.

For how long have you been ambassadors?

Aileen, you are Scottish. What is your viewpoint on the project?

Aileen: Scots wanted to stay in the EU, but as part of Great Britain, Scotland is likely to leave the EU. To know that initiatives like #freeinterrail continue gives me a lot of hope for the continent. I foremost feel European, secondly Scottish and in case I really have to, it’s British. This project really helps me to believe that Europe is more about what the people decide unlike what an institution decides.

I don’t know if #freeinterrail will include Great Britain after the Brexit. I highly doubt it that it extends to us. Just to know that people are making the connections of what Europe means in an active manner is absolutely the way forward.

Sorry that I need to interrupt here, but, actually, it’s also so much fun! We are talking so seriously about it when it is just a hell lot of fun! People enjoy interrailing, they make new friends and laugh along the way. The EU is a peace project and a formalized friendship.

Sorry that I need to interrupt here, but, actually, it’s also so much fun! We are talking so seriously about it when it is just a hell lot of fun!

Annika, how about you?

Annika: To me, #freeinterrail is unbelievably clever. It builds on the idea of Erasmus, but now it should be given to any EU-citizen turning 18. It shifts away from the academic demographic and opens up. Especially nowadays with populism and nationalism on the rise, it is the right time to offer young Europeans a way to #discoverEU. A new generation of citizens will be raised. Everyone will be included.

It builds on the idea of Erasmus, but now it should be given to any EU-citizen turning 18.

Can you briefly describe the vision and history of #freeinterrail?

Annika: Vincent and Martin’s vision is to have everyEU-citizen receive a 30-day #freeinterrail ticket on their 18thbirthday. It would be a letter by the Commission congratulating and inviting them to discover the EU. No application needed. Auxiliary barriers should be removed as well: staying safe and secure in Europe is costly. Hostel networks with serious reduction in costs in combination with the ticket belong to the vision. This network does not exist, yet.

Vincent and Martin’s vision is to have everyEU-citizen receive a 30-day #freeinterrail ticket on their 18thbirthday.

The way getting there was not easy. In 2016, Committees declined a first project draft. Martin and Vincent did not give, nevertheless.  Later that year, although the parliament mobilised 2.5 million Euro in funding, the EU Comission complicated the bureaucratic process with so much paperwork, it missed the core idea. The demographic that does not have the needed support, will, most likely, never find out about the project and know how to fill in the papers. The privileged of our society are the ones to benefit from it.

The third attempt at the end of 2017, was successful. With the support of many political figures across parties and civil society, the EU bodies made way for #freeinterrail, calling it #DiscoverEU. The EU Commission provides 12 million Euro to let 30,000 18-year olds join the project. 100,000 people applied within two weeks!

Aileen: Now, the EU put the project in their financial plan for 2021. 1.5 million people will be reached with a budget of 1.5 million Euro.

Annika: Participants will be so much more mature when returning home. They have experienced difficult situations and seen pains in other countries. They are forced to try out foreign languages, overcome communication barriers and make new friends.

Will there be #freeinterrail babies?

Aileen: What a beautiful, final scenario!

Annika: I also believe it will ignite change in society. With their experience, they might challenge racist connotations, engage in topics of sustainability or general change their home countries.

I also believe it will ignite change in society.

Aileen: Their worldview changes, because they went out there as opposed to something their teacher told them in a classroom. They shaped that view themselves infusing actions and thoughts.

Annika: There is huge, existing potential for a right environment to be set for this project as well. Exchange programs or youth organisation can be linked across nations. There is so much knowledge out there to properly prepare young Europeans for a journey that could be used.

Aileen: The idea is, to have this form of support grow organically. It springs up from existing organisations. We do not need another monolithic structure for that.

Aileen, if you were 18 years old now: what would you do with your #freeinterrail pass?

Oh, I have always been so excited about planning trips. I would do my research at home and check out which countries are the most adventurous. Eastern Europe would probably be my choice. Instantly, as I had always been drawn to it. Hungary and Latvia are still on my list. I would want to have a journey just for me and escape the British Isles (laughs).

What would 18-year old Annika do?

Annika: Oh my god, I would be so happy and afraid. Should I do it alone, or with a friend? How I see former self, I would have chosen the second option. We do not need to clinch together 24/7, but give each other support and space simultaneously. A partner would support me in all those daily actions necessary when travelling: where to sleep, where to go, when to take a train etc.

What I really would have liked to do is going through Austria, Croatia, Bosnia and Albania all the way to Greece and Turkey. Just all the way down the Adriatic Sea.

What both of you have brought home from a #freeinterrail trip?

Aileen: A sense of worldliness and many, many postcards. I love to have images of places I have been to. Not necessarily the typical places, but photos of daily life. Further, I identify myself as a European, but if you read many British newspapers, the idea of Europe is not something that is being discussed with any degree of thought. I wanted bring that discussion home.

Annika: To me, it is openness for unplanned things and the tale of hundreds of stories I experienced. Letting myself be guided by the day just as it comes would be on the list (laughs).

Whoever speaks German, is in to reading more about the project and wants to become a change-maker, I invite you to read the following book by Vincent-Immanuel Herr and Martin Speer:

An Interview with and about ‚Ultreia Camino‘ – how mindful can you walk? 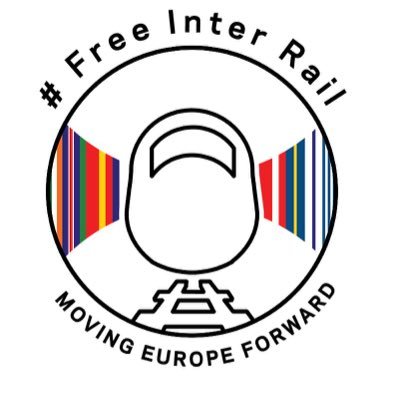