Col and Bri had a dream. They did not want to fly between their birthplace in the Netherlands and home in Australia. „Slow travel“ was their choice of viewing the world for six months. Equipped with old bikes, the brothers took on to reach Australia with the smallest footprint possible.

Col was so nice to answer a few questions about his journey. Our talk, nevertheless, deviated a bit from his journey and focused on the rising numbers of people flying as well. Lets not wait for too long, but jump right into the interview.

Colin, it took you and your brother thousands of kilometres by bicycle, train and plane from the Netherlands to your home in Perth, Western Australia. Looking back, how do you feel about the decision to take it slowly?

It nearly seems like a dream. Those six months passed so quickly. There were tough moments, but I feel grateful to have had the opportunity and the chance to go on that journey. Slow travel becomes something else than travelling. You are away. It is months and months. It is your daily work getting on the bike and cycling to the next point where you pitch your tent.

I think it was an incredible opportunity to get much closer with my younger brother spending so much time together. We experienced a way different way traveling back to Australia as we have done that journey so many times between Europe and Australia. We grew up in Australia, but were born in the Netherlands where there is still family. So, this journey gave us a huge appreciation for the distance we have often taken for granted. You simply fly over the continents.

Slow travel rejects the ideas of modern tourism. Does it resonate with you to say: “I travelled with the landscape.”?

Yes! You are much more involved with the slowly changing landscape and culture. You depend on it, especially by bike. You anticipate this distant mountain on the horizon in the desert. You are so involved with everything around you. Not only because it is beautiful in terms of aesthetics, but you physically interact with it. Your legs have to work your way up that terrain and you feel that relief when going down.

Can you briefly describe the route you took?

We based ourselves at our birthplace just outside of Rotterdam [note: the family moved to Perth later on]. We stayed with family. Our uncle is really into bikes, so he helped us setting ours up. Firstly, we had to find second-hand bikes and get gear together.

We took off straight to the east. We stopped over for some time in Berlin to repair our bikes continuing through Poland, Lithuania, Latvia and up to Tallinn in Estonia. From here we took the Russian train all the way to Ulaanbaatar.

From here we cycled down to the Chinese border. We, however, were not allowed to enter! We had to take the train back to Ulaanbaatar. That was most likely the worst part of the entire trip. Firstly, it was the Golden Week [week-long public holiday], so the Chinese embassy closed down for weeks.

How did you then manage to continue?

Well, there was a major incidence in between. We were right in the middle of a big drug scandal! It turned out our foreign host was one the largest LSD distributors in Mongolia. He had his business going for quite some time. We were unlucky to stay with him when the federal police busted him at night. As there was just one door to get outside the house, we were trapped upstairs in the house for hours.

At first, we thought it was Mongolian mafia. Three huge Mongolian guys were blocking the door. They would not let us out, they would not talk to us. Close to midnight, we were taken to the head bureau as suspects. Finally, after long interviews, we were allowed to sign papers. In Cyrillic! We had no idea what we were signing, but we got out on the street at 3am. Not knowing where we were, we somehow managed to hitchhike back to the house. Obviously, the house was empty.

Eventually the Chinese embassy in Mongolia opened again. They, however, told us things had changed: you can only apply for Chinese visa from you home country! Annoying. We were forced to fly over to Hanoi, Vietnam.

From here we continued to cycle the Vietnamese highlands all the way to Saigon. Crossing Cambodia, we reached Thailand and finally the Malaysian border. Unfortunately, my brother suffered from Dengue fever. At this point, he had lost a lot of energy. It took him two weeks to get back up on the bike. We thought: “maybe it is time to go?”. Finally, we passed the Malaysian border. We took a bus down to the Singaporean border, crossing it by bicycle. We then flew to Perth.

What vivid moments do you remember especially?

Definitely Mongolia! It was the land of contrast. A country totally different to prior experiences. It was so different to places that we have travelled. Cycling the Gobi Desert in freezing cold temperature and sleeping by some traditional yurts was magical. The way those herders still live in the midst of what seems a barren landscape is incredible. They have their sheep, camels, horses and sustain themselves from the little available.

You have studied sustainability science in Sweden and took off afterwards. How did those studies influence you on your decision to chose the slow travel style?

I always wanted to do a bike tour though never having such a scale in mind. Back in Sweden, I joined a public lecture held by Kevin Anderson. He is a climate scientist from Manchester and has not flown for fourteen years! The the slow travel spirit! He gets a lot of visiting professorships all over Europe. His condition for any visits is the provision of alternative forms of transport other than flying. So, he pretty much travels all over Europe by train.

I thought: “Wow! That is impossible! I have to fly.” It was a moment of realisation that I do not necessarily have to fly. That was the moment I started looking up how to get back after my studies. The idea was not to fly, eventually reach Singapore and Indonesia to find a ship bringing us to Perth.

It obviously did not work out, but made me realise anyways, that it is possible. Of course, I have got the time. The mainstream structure of our society usually does not allow to travel in that manner. My brother has been working as a bike messenger for a long time and was eager to join as well. So, we united with a common goal though coming from two different sides.

The two of you grew up in prosperous parts of the world: a growing amount of the population can travel at an astonishing speed with really affordable flights. What is your personal experience with this trend?

Well, I flew between Europe and Australia quite a few times. I grew up at huge turning point. Flying turned from luxury to standard. At the time my family migrated, flying to Australia was a big deal. Living in Australia now, firstly the geography, but also mentality forces you to fly. A lot of people are taking road trips, but most people fly like once a year return from the east to the west of Australia. At least. That is already ten hours of flying.

The affordability and ease of flying make it unquestioned. I remember arriving in Sweden very well. I stayed with two other class mates in a flat. Quite in the beginning I remember saying something like: “oh yeah, let’s get a cheap flight over to Warsaw and enjoy the weekend”. They were shocked to hear me saying this! “No, we can’t do this!” one said. It made me realise how unquestioned I had taken this idea into account.

By the way: Australians enjoy an incredibly blue sky. We do not have this constant reminder of contrails as in Europe. The atmosphere is being polluted and you literally see it! That is always, again and again, new to me.

The younger generation grew up at a time, where they get told: “you are special, you deserve to be special, you can do anything you want”. Paired with globalisation, cheap flights and social media, we can now express our individualism by traveling.

I see that as a huge issue. Social media platforms, especially Instagram, can be tempting to shine light on one. Where is the line between sharing your ideas and creating an image of yourself? I feel like this day and age, travelling has definitely become one of those things setting yourself apart from everyone else. I was a lot like that earlier, I wanted to kind of travel to places no one had been to before to set myself apart as an individual. Looking back, it is a ridiculous thing. If I am being critical, it was probably unconsciously wanting to be a unique individual as society tells you to be.

You know, we had this rite of passage here in Australia where you would have to go on a journey. It would be difficult and let yourself grow. You would be out in the outback. The trend now, however, is to take a flight to Bali with your mates. Not particularly the same.

Recently, slow travel has been picking up more and more attention. People express their realization they do not need to fly to Hanoi for their annual three-week holiday. How do you feel about this trend?

A lot of my friends in Europe are choosing destinations accessible by lands. It is a new and different experience. Contrasts in culture can be so great just a couple of train rides away. I do recognise, nevertheless, that it is way easier to follow this trend in Europe.

Australia offers incredible natural landscape and diversity. Maybe in more settle forms. There is stark contrast between urban and rural Australia and so is the interaction with both sides. I know many foreign tourists opt for a really slow means of transportation. They travel by bus, vans and other means of transport for sometimes more than a year.

Australians on the whole – speaking of slow travel – have a different mentality. I cannot really speak for the other places in the world, but we are not quite at the same level as people in Europe. You have to imagine how huge this continent is.

Are there any learnings from your slow travel experience that you would like to share with the reader?

I’ll do it quick and dirty:

I would suggest you to appreciate learnings as well: you will suffer, plans go wrong and there are tough times ahead. You, however, will come across great people who help you out. People all over the planet are great. The world is actually not such a bad place.

#freeinterrail: an interview with two ambassadors about a radical idea 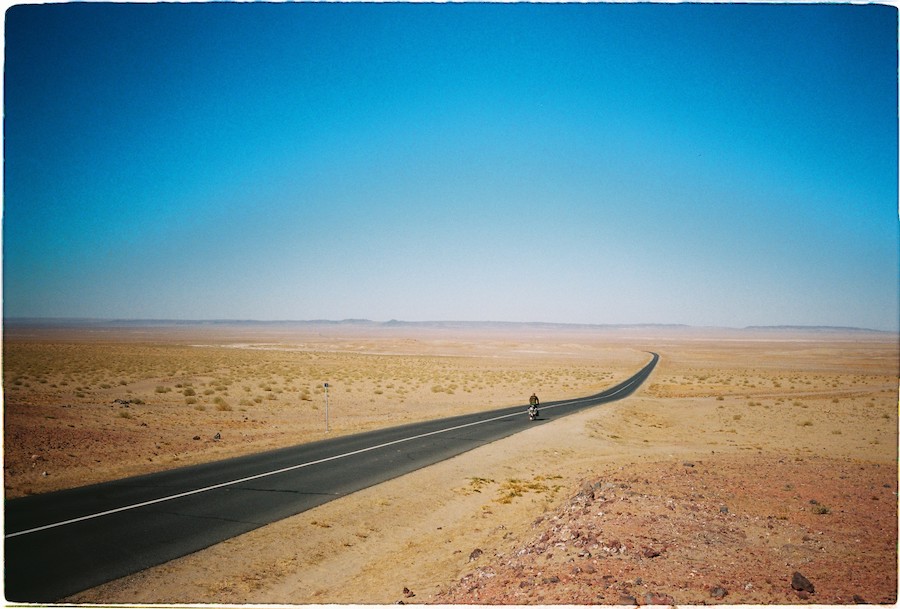